how to adjudicate a class with four hundred thousand singers and still get it right (or, at least as close to ‘right’ as you’re going to get on that fateful day) ~ the THRILLING sequel to adjudicating 101 ~ Sometimes you’re just blithely adjudicating along and you suddenly realize that the class that you’re adjudicating may […]

how to adjudicate a class with four hundred thousand singers and still get it right (or, at least as close to ‘right’ as you’re going to get on that fateful day)

~ the THRILLING sequel to adjudicating 101 ~

Sometimes you’re just blithely adjudicating along and you suddenly realize that the class that you’re adjudicating may never end, because there are approximately four hundred thousand singers in it and you’re actually going to be adjudicating until the day you die.

[This is a SLEEPING cat, people. A SLEEPING CAT. DO YOU KNOW ME AT ALL? #seriously.]

And after that, you realize that you are on the three hundred and ninety ninth thousand singer, and you can barely remember how to spell the word “the,”* never mind what the singer sounded like who you heard at the beginning of the class, which, incidentally, started in the last millennium.

And after that, you realize that you are in no way going to be able to adjudicate this class fairly because not only do you not remember what the singer at the beginning of the class sounded like, the ONLY SINGERS YOU CAN EVEN REMEMBER are:

HELP ME OBI WAN KENOBI [#justme? or does this cat look like Princess Leia with a mustache? #toosoon? yeah. probably too soon.]

Guess what? There’s a pretty straight-forward solution to this issue (I know, I know; you experienced adjudicators have a system you use. I mean, obviously you do, otherwise, as soon as the festival administrators realize that you only ever give first place to the last person who sang, you wouldn’t exactly be invited back to adjudicate, now would you?): keep a little rating system going for the entire class. 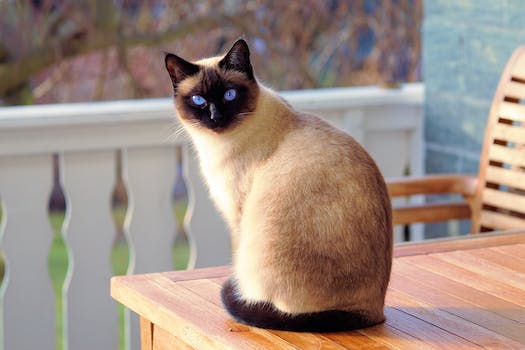 In your hotel room the night before (or, you know, five seconds before the class begins while the festival secretary is asking you to pre-sign the certificates … ahem), prepare a piece of scrap paper with a little chart (it does not have to be neat. obviously):

Put the lovely singers’ names on the left hand side of this very fancy chart. As you’re hearing singers, add details that may help to remind yourself of who they are at the end of the class (for example: title of the song they sang, or the fact that they are over six feet tall and dressed like an elephant … you know, whatever works). As you can see from the chart, I like to heavily weight overall performance/characterization (“perf”), technical skills (“tech”), and vocal development (“voice”), giving each of these aspects 10 marks and then I give lower weight to diction, tuning, repertoire choice (“rep”), and fidelity to the score (“[teeny tiny treble clef sign]”). But you can choose to weight the chart however you want and to have whatever categories you think are most important on this chart. You could even decide to just have a check list and whoever gets the most checks, WINS!  #youdoyou, friend; IT’S YOUR CHART.

NOTE: this very fancy chart is for your eyes only. do not allow those parents who sit WAY TOO CLOSE to the adjudicator’s table while subtly looking back and down at your papers while you are adjudicating, to see this fancy chart. it may be fancy, but it is not for public consumption. it is a tool that you can use to be a better adjudicator and it is best if you assume that THEY CAN’T HANDLE THE TRUTH.

Write fast. Write well. And fill in the chart as you go (including the totals). At the end of the class, you’ll have your handy-dandy chart to remind you of what that first singer sounded like, and where they fell in the overall scheme of things. And if you’re REALLY LUCKY? One of those four hundred thousand singers will be, like, seven points ahead of the others so you won’t have to agonize over who gets first place. If a singer gets 0/5 for tuning, WITH VERY FEW (like, NONE that I can think of) EXCEPTIONS, they probably shouldn’t place first in their class. Listen, if there’s one thing every person on the planet thinks they know? It’s when a singer is not singing in tune. So if it seems like that ONE THING (the ONE THING that everyone in the room thinks they’re an expert on?) is not taken into consideration in the final grading? The festival atmosphere will take a turn for the very messy; singers turn hostile, teachers get resentful, and parents begin to regret paying for the festival experience (because: HOW COULD THAT SINGER WHO IS CLEARLY SINGING OUT OF TUNE WIN FIRST? AND HOW CAN ANYTHING ELSE THAT COMES OUT OF THAT ADJUDICATOR’S MOUTH BE WORTH LISTENING TO?).  And when their stakeholders are unhappy? Festival administrators are REALLY unhappy. And that means you don’t get hired again. (And likely, rightly so.)

If a singer’s repertoire selection is woefully inappropriate (see: adjudicating 101 for lots of great examples … #yourewelcome), they probably shouldn’t place first in their class. When the twelve-year-old singing ‘Habanera’ from Carmen wins a grand opera class,*** singers and parents may not understand what the problem is, but other teachers sure as heck do. And most festival administrators do as well. Which means, guess what? You don’t get hired again. (And not because festival administrators are unforgiving people. Just because YOU DON’T SEEM TO KNOW HOW TO DO YOUR JOB.)

So there you have it; PINKY SWEAR that the next time you are adjudicating, like, four hundred thousand singers in one class, you will not do it by memory. Yes; pinky swear. Because I am so mature. 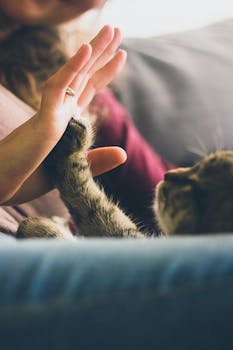 [or, high five, if you’re so inclined. or you don’t have pinky fingers]

Now GO FORTH and adjudicate HUGE classes with finesse and fairness.

You can adjudicate your face off … I can help.

*Or, you know, “vocal tract” (because: IS IT VOCAL TRACT OR VOCAL TRACK? UUUUGHHHH!!!), or when to use “breath” vs “breathe”, or whether “consistent” is ENT or ANT, or WHY YOU CAN’T JUST WRITE “YOU HAVE A NICE VOICE. KEEP UP THE GOOD WORK” ON THE ADJUDICATION PAGE AND LEAVE IT AT THAT.

** To be clear: none of these things have happened to me in real life. HowEVER, they are all close enough to something that has happened that if I hadn’t told you that they HAD NOT happened, you would have assumed they did happen. Because, #SOCLOSE.

*** Festivals that even have a ‘grand opera class’ for twelve-year-olds is a WHOLE OTHER POST FULL OF UPPERCASE LETTERS.